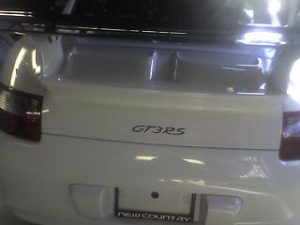 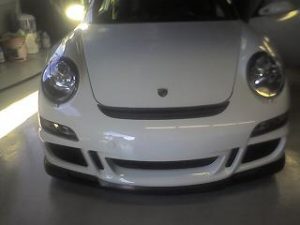 “Attached below are photos of my new RS as promised. The “Minella Edition”
is really just what Porsche should have done at the factory, and has has
done in the past:

1. Mirrors are carbon fiber (to match the rear wing) from Cargraphic.
Porsche put carbon fiber mirrors on the white/blue or white/red 996 RS’s
that were sold in the “rest of the world”, but never made to our shores.

2. Graphics were produced by Jim Newton at Automobile Associates in Canton,
CT by scanning the 997 RS graphics for form and the 996 RS graphics for
color (Riviera Blue), both of which I obtained from my Porsche dealer in
Greenwich.

3. The wheels were painted by Jim Newton in the style the 996 RS wheels
were painted, and the Riviera Blue was matched exactly to the graphics
color.
Caps on tire stems painted silver (a nice touch).

I’m quite happy with the way the car turned out.”
Ray 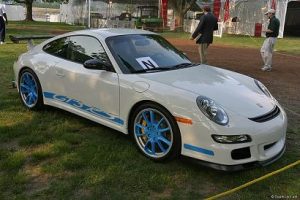 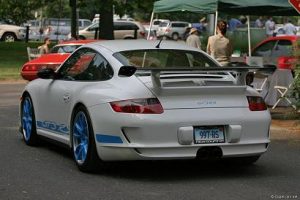 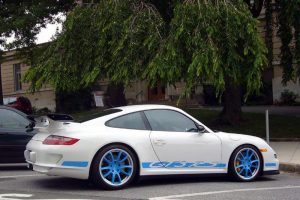 Carrera2kid’s story of obtaining this car was described in an article in “Porsche Panorama” magazine, June 2007 issue:
“How to get the rarest current model – a 997 GT3 RS – in six easy steps” pages 58-64
(Carrera2kid’s collection of concours Porsche 356 cars has also been written about in several Porsche magazines)

The dealer ended up getting one 2008 GT3 RS allocation, and the previous #1 customer
on the waiting list got it, early June 2007. 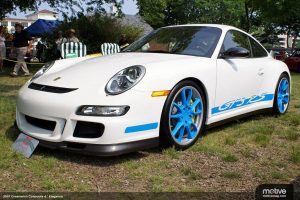 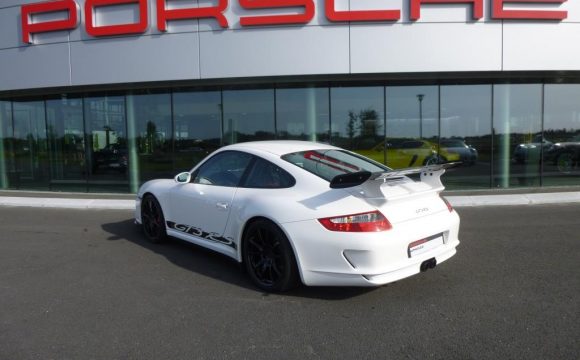 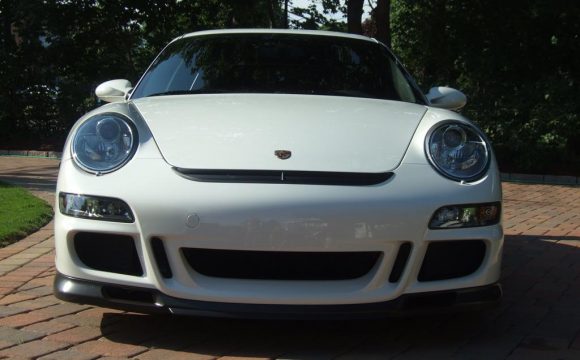 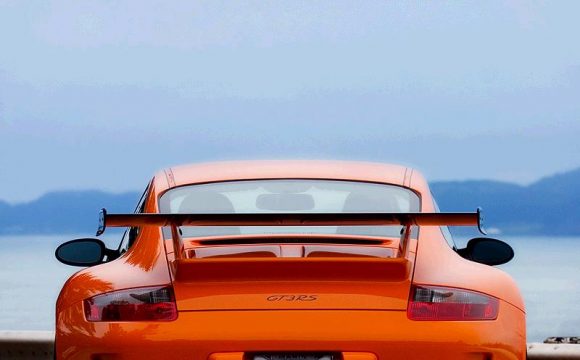 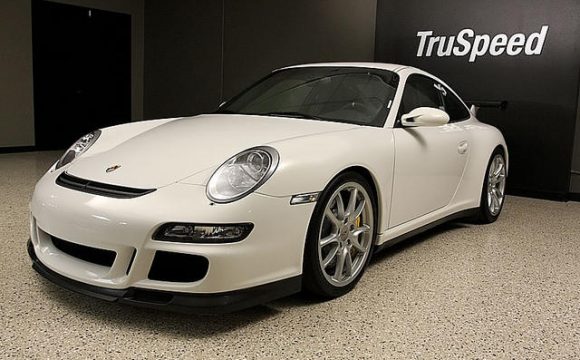